I shifted my weight back and forth and fidgeted with the pen I brought with me, click, click, click. Before heading into the open-air sanctuary, my friend had used the restroom. My fiancé and I were waiting for her return when I noticed my restlessness. The grounds were beautiful, the weather was perfect—a cool breeze was coming in off the lake and the morning sun had yet to gain the full strength of midday, so, why was I so unsettled? 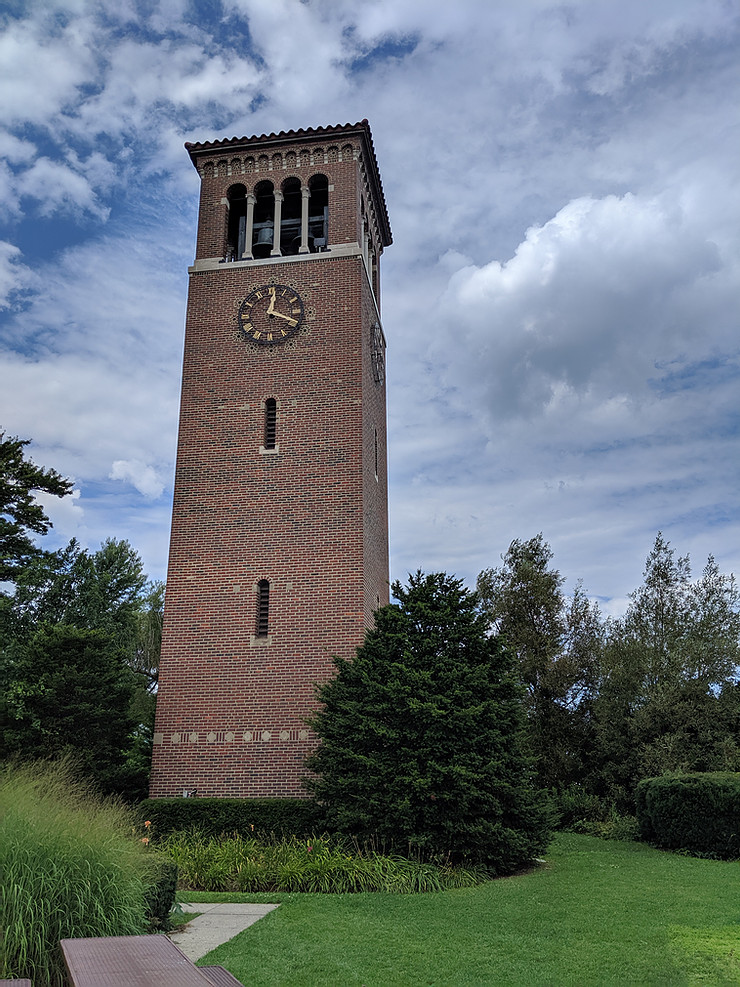 The three of us had traveled here to listen to Miguel de la Torre deliver a lecture based on his most recent book titled “Burying White Privilege.” Miguel is a professor at the seminary where my friend had earned her Master of Divinity and she wanted to introduce us to this spirited and brilliant human. I had downloaded a recording of his book so we could listen to him on our way. His no-holds-barred approach gave me hope we weren’t going to be hearing a wishy-washy talk from a person placating his audience. But now that we were standing in front of the greeters dressed in their Sunday-best and offering a crisply folded bulletin to everyone who approached, I felt uneasy and a bit betrayed—how had it not occurred to me that we were going to a church service?

When our friend returned, we navigated the polite greeters and, once on the other side of these elderly hosts, discussed where we would sit. I was distracted by the choir and their robes, the finely manicured altar area, the unfortunately familiar smell of carefully considered appearances, and the sound of a piano playing music intended to create a worshipful attitude. My head started to pound, and my back muscles retracted as I felt beads of sweat form on my forehead. Maybe this wasn’t such a good idea, I thought to myself. A little too late for that now isn’t it? Came the sharp response from somewhere else inside my head. Oh great, a third voice chimed in, this is going to be so much fun. Tali, the name I have given to the part of me who tries to rescue me from these types of situations, dug her now familiar claws into my left shoulder.

Deciding I was going to tough it out, we decided to sit in the back row of the front section of the massive sanctuary. I strategically sat between my two companions so as to feel as insulated from the environment as possible. From this position, I buried my focus into the 8-page bulletin as the choir continued find their places and people continued to file in.

The sermon, because by now it was entirely obvious that this wasn’t a “lecture” at all, but a traditional Sunday worship service, was titled “Was Jesus a Racist?” This gave me a glimmer of hope that I would be able to stay present for the message, but it seemed so far away—buried 6 pages into the bulletin. I sighed and looked around for the nearest and least distracting escape route. I’ll give myself one trip to the bathroom as a reprieve, I told myself in order to settle into the next hour.

When Miguel began his sermon, I was finally able to engage in what was going on in front of me. Prior to this, my brain was alight with criticisms about the… well about everything. My guard was up, my back hurt like hell, and this smelled of everything I had locked away inside of me until I could address it in therapy. As I listened to this Cuban American man speak, I recognized the passage he was expounding. He was speaking from a story recorded in Matthew 15:21-28

“A Canaanite woman came to [Jesus], crying out, “Lord, Son of David, have mercy on me!… [Jesus] replied ‘It is not right to take the children’s bread and toss it to the dogs.’… ‘Yes it is, Lord,’ she said. ‘Even the dogs eat the crumbs that fall from their master’s table.’” NIV

There it was, in plain sight; Jesus called a woman of color, as Miguel defined her, a dog. Several sermons I’d heard regarding this very passage came to mind. Never once did the exposition, or even my own thoughts about the passage include any implication that Jesus was discriminating against this woman because of her race, until now. And now, a man of color was standing in front of a few hundred financially privileged, able-bodied, older European Americans, implying Jesus was a racist.

Miguel’s words were like fire in my head, igniting the door to the vault where I had sealed-up all my religiously based traumatic events. Granted, many of them were barely contained at this moment anyway—even the little cloth bags with wooden handles they had used to collect the offering were a repulsing reminder of several of them.

Miguel’s sermon continued to stoke the fire he had started. He challenged us to consider two other passages, one prior to this encounter with the Canaanite and one after. He pointed out, as several other sermons I had heard, that Jesus first sent his disciples out to the Jews only. Later, he sends his disciples out to everyone (including Canaanites). Miguel was the first person I had ever heard to ever note these two commissions in reference to this confrontation with a woman of color he had called a dog. Had she changed Jesus’ perspective, thus implying he had recognized he was a racist and therefore less than perfect?

All of this may not mean much to some of you who are reading along. In fact, I wouldn’t be surprised if I’ve bored some of you this week. For some however, the impact of Miguel’s sermon in the context it was delivered will knock you over as it did to me. Jesus had been a racist. How could this be, and did I even care about what he was saying? Obviously, some part of me did, because my head was alight with vehement arguing.

When I closed my eyes to try to make sense of the mental chaos a memory floated to the surface of my mind. I barely caught a glimpse of it as it was carried like an ash rising from a fire, disintegrating as it rose. It was of a painful rejection I experienced when a close friend had discovered I was gay. We had spent years together, praying for one another, crying on one another’s shoulders, holding each other in times of sorrow. We had spent days together walking, talking and dreaming of the future. When we were apart, we would spend hours on the phone, late into the night, looking forward to when we would be able to see one another again. Then, when I came out, just like her picture had turned to ash as it rose up from the fire in my mind, the friendship dissolved.

Other relationships I had lost when coming out were surfacing now, each one burning up as quickly as it was identified. After I came out of the closet when I was 34 years old, I went through a season where I attempted to stay in the church and find my way as a gay Christian. The season lasted for almost 8 years. Years of allowing myself to be treated like a dog begging for crumbs from a table where I once feasted.

Yes, in those years I found rational people of compassion and small pockets of acceptance. Several people encouraged me to stay at the foot of the table—things are changing, just be patient they would say. But here I was listening to a sermon about the founder of the church treating a woman like a dog. The person giving the talk had shared about his own experiences of being treated like a dog in the same church 2000 years later.

As I looked around the open-air sanctuary at the opulence and the inaccessibility of this place, I realized how little things had changed since Jesus was confronted with his prejudice.

Is the church changing, or is it just telling those of us who hang around the table waiting for scraps that it is so it can continue to keep their place at the table? It is time for me to unlock the vault where I had placed the painful experiences I’ve had with the conservative evangelical Christian church. I am prepared. I will share parts of my journey through this here so that those who need to revisit their own religious monsters locked in the dungeons of their own minds can find hope along their way. 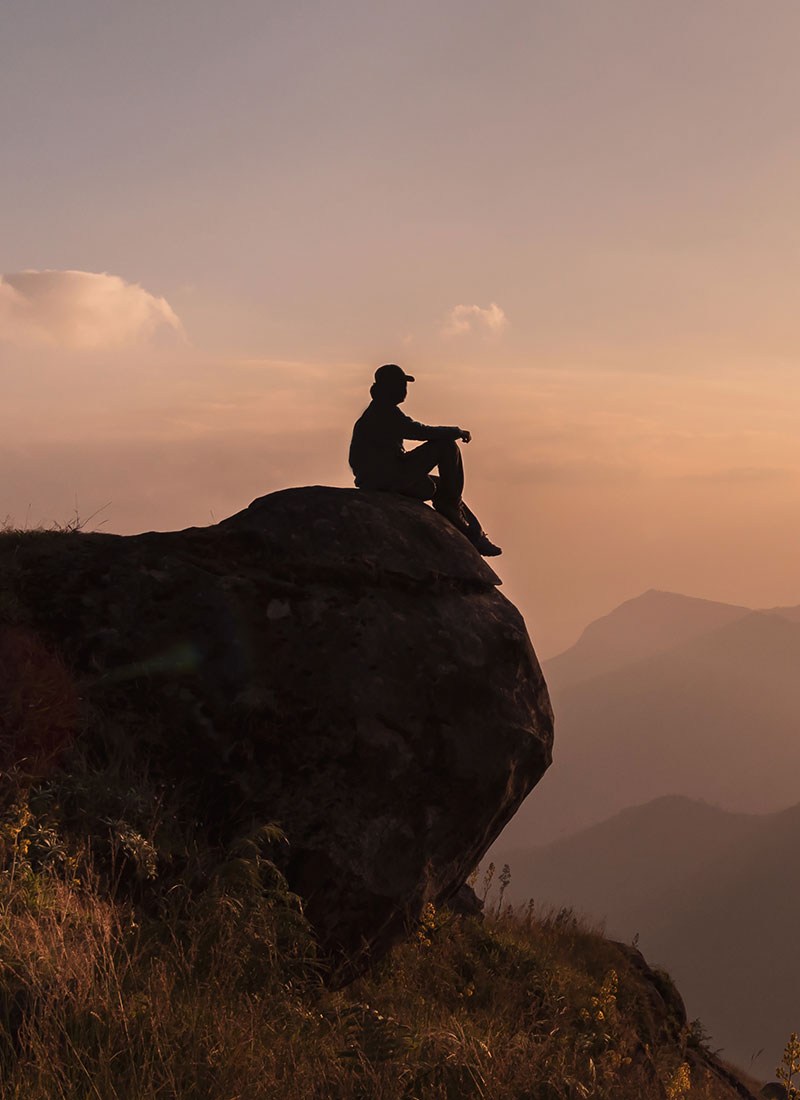